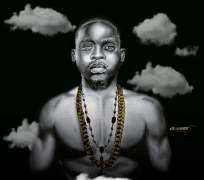 YBNL boss, Olamide, is set to release his sixth solo studio album in the last month of 2016.

The Nigerian rapper who has released a studio album every year since his debut in 2011, is working on maintaining his tradition by dropping a studio album this December.