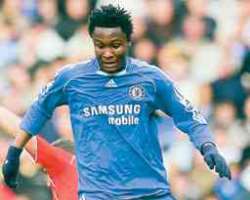 The Nigerian, who will also miss the final Barclays Premier League game of the season against Wigan on Sunday, has not played for three weeks because of the injury.

'The operation is due to an injury suffered when fouled by Bolton's Kevin Davies last month and subsequently led to Mikel's early substitution at Tottenham the following match.'