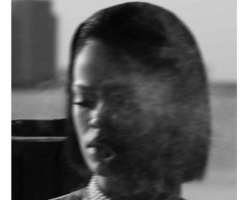 STAR actress Omotola Jalade-Ekeinde last Sunday at the garden of the prestigious Federal Palace Hotel, Victoria Island, Lagos, proved that her successful career in acting is no fluke; with her incursion into the music world. The event was the 'unveiling'/launch of her debut album.

For early comers to the event scheduled to begin at 5pm (but eventually started at 8pm), the beautiful mother of four, who for a decade now has held television viewers spellbound with her roles in Nollywood movies gave out what to expect from her later as she did a sound-check and last-minute rehearsals.

A long, boring wait for the kick off of the event that turned out to be a full concert, saw the disc jockey dishing out loud annoying foreign songs non stop.

When it eventually began, one was made to forget the wait. Omotola had class on stage and it was good, the marketers (believed to be controlling the movie sector) in a widely criticised decision about a year, decided to 'suspend' for a year, some actors whom they deemed 'stubborn' and charge 'high fees'. Omotola was one of the actors.

The one-year the screen goddess spent on 'suspension' was not wasted after all, as last Sunday proved. Her stage presence was awesome and the mode of entry onto the elaborate stage blew the minds of all. With the signal of a bell that tolled sonorously, four men decked in dark suits over matching pairs of trousers bodily lifted the actress who sat quietly in a throne-like carriage, draped in red with flower decorations. The scene reminds of an Arabian princess'.

Omotola with a cape covering her face sat rigidly like a waxed effigy. The long walk from the cobbled path left to the stage with lights playing some pyrotechnic tricks on her mini entourage took the breath away momentarily. In a swift movement, perhaps too swift for her tall frame, the star actress/singer jumped on stage, the next moment, the cape came off and the hit song Show Me Love filled the air.

Perhaps because of her acting background, Omotola was able to infuse some body movement that rather came across as sensuous. Featuring Afro-hip hop act Sound Sultan, the fast beat song, a blend of both African, Western and a tinge of the Caribbean, rocked the open garden. Sultan's ragga toast further enriched the song, but what worked for the actress was her dancing skills. Omotola is not only a distinguished actress, a singer, but also a very good dancer. Show Me Love gave way to kilose, a song that is purely Nigerian.

The singer may have learnt from the lessons of her contemporary who was also affected by the 'suspension'. Her songs are not only in tune with modern times, she was wise enough to feature leading acts like Sultan and controversial rap act Ruggedman.

The beat did not stop till about 11pm. Compere Basorge Tariah Jr. added some spice to the night with his jokes.

Miss Nnena Onyewuchi, director of marketing and distribution of Sound Factory, the record company that released Omotola's works, described the singer as a revelation. "When I was told that I should meet with her (Omotola), an actress, and that she has a work that we would be interested in, I was not really sure that I wanted to meet her. But I must tell you that I was impressed by her strong conviction in what she had. And the work as you can see, is very good. Omotola comes across as a strong, confident female singer and her type is rare in the country," Onyewuchi submitted adding that the actress has signed a two-album deal with Sound Factory, which is a division of Small World Media International.