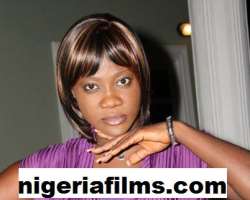 Patience Ozokwor a.k.a. Mama Gee and the highly controversial busty actress, Mercy Johnson are said to be at loggerheads as you are reading this. The show of shame that ensured between the Nollywood actresses, we gathered caused a lot of pandemonium in Ogwashi Ukwu in Delta State of Nigeria a few days ago where the people of the land all gathered to watch their dirty linen being washed in public.

As the story goes, Patience Ozonkor, in her sheer display of comic ability, we were informed, didn't take a role seriously and Mercy who was acting alongside was said to have shouted to correct the veteran actress popularly called Mama Gee. In a very rage manner, Muma Gee was allegedly said to have shut her mouth with a stern warning that she should never ever correct her in such uncultured manners “ after all, you're my junior” she said. It was under this act that another scene erupted as the two adorable faces in Nollywood exchanged slaps, blows and spits on each other's faces, we learnt.

“Separating them was too much of a problem because they almost reached each other's jugular and when eventually they were separated, each of them went their separate ways, crying uncontrollably. Mama Gee kept shouting ''why must she correct me…, who is Mercy to correct me?'' and Mercy replies ''What wrong have I done asking you for the right reaction on my close up shot?''. An eye witness told us.

Meanwhile, Mercy, before now had accused top Nollywood damsels like Ini Edo, Oge Okoye, Dakore Egbuson, Genevieve Nnaji and Tricia Eseigbe of being jealous of her rapid progress and success in the industry. On Mama Gee's case, however, she may be wrong to point an accusing finger on the ageless actress over same allegation she leveled on the younger ones. These actresses who are not having a smooth sailing relationship with Mercy, we learnt, have all been on her black book as she was said to have vowed never to play any role under them no matter how fat the fee is.

''I have always been humble and never disrespected any one, I don't know why they have their eyes on me'' says Mercy Johnson. The movie is being produced by Sky Movies and directed by Ikechukwu Onyeka. Meanwhile, when Mercy was contacted to comment on the issue, she vehemently denied it that “Such a thing never happened” but she lied.