Why I refused to comment on Tiwa/Teebillz drama— Banky W 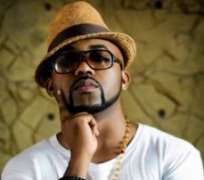 Since the Tiwa-Teebillz marriage crisis began, Banky W who was one of the people who stopped Teebillz from jumping off the Lekki-Ikoyi toll bridge, has refused to comment on the issue.

The EME boss however broke the silence when he was recently interviewed on a radio show. During the interview, he stated the reason for not commenting on the issue.

“I haven't commented on the Tiwa and Teebillz situation because I think that some things are better worked out behind closed doors. One of my problems with the world is that we comment too much. I am a strong believer in not letting the world see or discuss your dirty laundry.

“I believe in keeping it within the family or behind closed doors and trying to do the best job that you can. I am not going to change my stance on Tiwa and Teejay. I will say that I love both of them dearly and as a friend all I am trying to do is be there for them, trying to help them work through the issues that they have. I wish them all the best,” he declared.