Have We Been Fantastically Deceived? 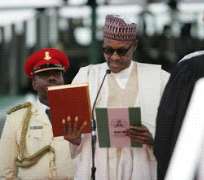 Lately it has become very difficult to give a candid opinion on the economic policies of the President Muhammadu Buhari APC led government without being categorised a 'wailing wailer' or branded a member of the opposition party, PDP.

As much as many have tried to be politically correct and assume the unlikely position of observers, the turn of events has forced us into a 'Fantastically' awkward position. First, we have to move on from the GEJ era in our subconscious and focus on President Buhari. If already voted GEJ out why then do we have to dissipate our energies needlessly on the past?

In examining the present, the President Buhari led government has in the last one year shown a high level of directionlesness that will baffle even the most unprepared leaders of this generation.

The major problem of this government is not impatience from Nigerians, as many of his cry babies would like us to believe, but a deep sense of disconnect from the plight of the citizenry. To quote one of my friends, "this government appears to be the most arrogant and ignorant I've ever seen."

Nigerians have been hit with one of the worst economic crunch, increase in tarriffs, low incomes and job losses, lack of opportunities, fuel scarcity, lack of power supply and to top it up, increase in fuel pump price all in one year without a significant increase in governments commitment to Nigerians.

If we are told to make sacrifices for the greater good of the country by having unemployed/under employed Nigerians pay heavily for fuel and regular 50 Naira stamp duty for bank transactions, the question begging for answer is, what has the government sacrificed?

Nigerian lawmakers remain the highest paid in the world without a cut in their salary. The presidency still maintains about 11 presidential Jets which runs into millions in maintenance and the President travels with an entourage at the slightest clue of an international event even when he is being referred to as the President of a "fantastically corrupt" country.

Nigerians need to know what the increase in fuel pump price is really about. Different excuses for one action. Petroleum Minister Kachikwu says removal of subsidy while Vp Yemi Osinbanjo in an effort to do "damage control" blamed Foreign exchange. What then is it? Is it just an increment for the fun of it masqueraded in bogus grammar like deregulation and price adjustment?

Kachikwu broke the law by first "unbundling" NNPC now he's come with another illegality. The danger is that if we decide to accept this once again as our contribution to nation building, this government will come up again with another grammar to bamboozle us to do something more damaging like this scam and increase fuel price once again. This government has to be clear in the simplest of grammar on its agenda and stop lying to Nigerians.

Guess their new prank? Trust us. With the way the presidency shifts blames, deny it's campaign promises, blackmail Nigerians in foreign lands and make life harder for Nigerians, I'm afraid this government is losing credibility faster than the previous administration. They have shown to Nigerians that they do not know the meaning of trust, so we can't trust them.

Let us not forget that TRUST is not a dime a dozen. It must be earned not given. We've given too much of it.