Exclusive: The True Story Behind Funke Akindele And JJc’s Marriage 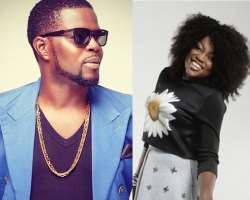 Few hours ago, new went viral that popular Yoruba actress, Funke Akindele is tying the knots today with the man after her heart, JJc Skillz.

Well, Nollywoodgists has gotten the full gist about the reported secret wedding.

Steve Osagie, JJC's manager who is also in London has cleared the air stating clearly that his man is still very much single and hasn't walked any woman down the aisle, just yet.

'' Lol.. Where did you get that news from? Nigerians and false information. JJC is not getting married today. Trust me, if he is, you would be amongst the first to know. In fact, I would have been in Nigeria by now, of the news was real,'' Mr. Steve of Spotlight Management confided in NFC.

However, the picture that kicked off the marriage rumour was from Jenifa's diary season 6. The actress is going to get married in the next season of her funny TV drama.