My Billionaire Father Says I am on My Own- Demola Adedoyin 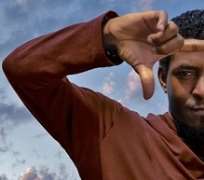 Demola Adedoyin came into limelight when we saw him in Kunle Afolayan's October 1. Adedoyin who is the son of billionaire Chief Samuel Adedoyin recently got a nomination for an award in Atlanta, USA, for his role in the movie Couple of days by Tolu Totana, that came out this February. However, his father has told him he is on his own as an entertainer.

Will Demola drop acting and join his father in his investment? “Anything is possible. My mind is open, my heart is open. I have a lot of different kinds of training. I have worked for my father before. So, I know how certain aspect of the business functions especially the real estate aspect of what we do. I think anything is possible.” He said.

He then added “Funny enough, my dad has told me I am on my own. That's it. He gave me his blessing and said, I was on my own.”