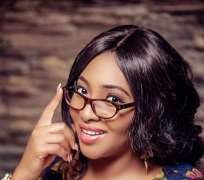 Wife of Triple MG boss, Ubi Franklin, Lilian Esoro, is not taking things likely with anyone that attempts to say rubbish to her no matter how it may sound as she is ever ready to hit back hard.

The usual way of some fans wanting to talk as someone called her attention to the fact that she was adding weight rapidly but Lilian was not cool with his response as she immediately gave an epic reply.