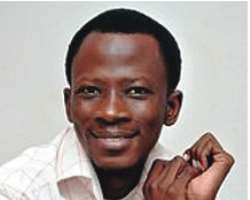 Named after popular UNILAG restaurant and hangout spot Jeka Play, which he owns, the sitcom is based on the interesting everyday events and happenings at Jeka Play, which is the epicenter of the UNILAG social scene. In Jekaplay, he reprises his role as the owner of the real life place as he encounters students, lecturers, cool kids and assorted regular patrons at the venue.

Commenting on the inspiration behind the show, Bunmi Davies remarked,

“My experience of running Jekaplay at Unilag has been a very interesting one because by nature of the kind of venue it is and the campus environment around, we get some really interesting characters coming in all the time and there is never a dull moment with them around. From the genuinely beautiful girls and guys to the “I must belong by force” students, right down to the aristos, not forgetting the student politicians with good, bad and funny motives, and of course a few randy lecturers. It occurred to me that these everyday comedic experiences at Jekaplay should be promoted to a wider audience thus the idea for the sitcom was born”.

It will be recalled that prior forays into comedy by Bunmi Davies include Stand Up Nigeria, a platform for upcoming stand-up comedians to showcase their talents and gain exposure.