I am the best music director in Africa…Olu Maintain 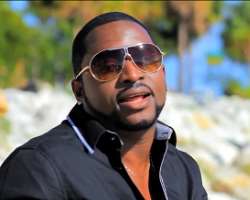 Olu maintain is one of the artistes that entertained with lovely hit songs years back. After a while, he came back with a single, which didn't do too well in the industry.

Even though he has not been able to release hit songs after his come back to the industry, the singer would surely be remembered for his songs.

The yahoozee crooner was recently in the news when he granted an interview with 'The Gist'. In the interview, he revealed that he is currently the best music director in the country and Africa as a whole.

This might come as a breaking news to some people who never knew he ventured into music video directing.

Self acclaimed names is quite common with some celebrities. Like the saying goes, it's easier said than done.

It's easy to claim a title, but living in that big shoe conveniently is an issue. Do you believe he is the best music video director?