Foluke Daramola gets her hands burnt 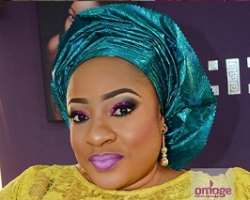 Little did she know she would be attacked soon. This didn't go down well to some people who felt, such word coming from a female was demeaning.

These feminist took to her page to lambast her, and the exchange of words wasn't funny at all.

We live in a democratic government, where freedom of speech is allowed, everyone is entitled to his or her own opinion, isn't it high time people learn to understand that fact?