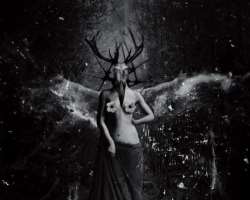 The singer is set to release an 11-track album, which is a blend of catchy melody, poetry and rhythm.

The album is said to be an expression of the singer's thoughts, imagination and philosophy. As a result of that an explicit art was done.

Ever since this piece of art emerged online, it has allegedly caused a controversy, as people could not phantom why he would use such.

The graphics art looks similar to the Illuminati symbol, as people are asking if the talented singer is really one of them.

However, the singers 5th studio album set to be released, is entitled 'Klitoris'. Are you looking forward to it?