Wizkid Gets Victoria Beckham’s Endorsement on ‘One Dance’ 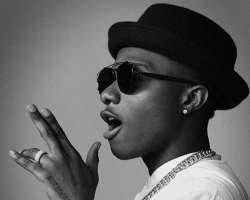 Things are falling into perfect place for the Ojuelegba' crooner, Wizkid who featured in Drake's smash hit song, 'One Dance.' The song continues to top charts and has made Wizkid the first Nigerian to remain on the billboard for almost three weeks. Wizkid just got a little more popular when the wife of David Beckham, Victoria heard that song.

She had tweeted how much she loved that song during her workout with her personal trainer, Tracy Anderson. “Song of the Day! Amazing work out this morning with @tracyAnderson”

Wizkid is already on another project and promised that soon the world will hear it “Working on
Magic!! In a few days we shall switch things up a lil bit! The world is ready for my sound!” He tweeted yesterday, adding, “Time for some real music!”
DJ Maphorisa has revealed that Drake and Wizkid are working together on three other songs that may come out any time.

In new interview , the Choc Boy Nation boss, MI had dismissed the criticism that Wizkid didn't sing alongside Drake as 'rubbish'. “The day the song came out, everybody on social was saying Wizkid didn't really sing. People were saying all sorts of rubbish,” we are waiting for more collaborations from Wizkid and Drake to come on air soon.