Ruggedman comes to the rescue of his colleague 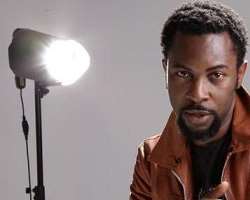 After popular singer Seyi shay was under blast for intellectually embarrassing herself in a recent TV interview where she goofed on the meaning of EP.

This time around, her colleague who has been in the industry longer than her came to her rescue.

Ruggedman has publicly defended Seyi Shay. The duo seems to be close as he recently dropped a single featuring Olamide titled Seyi Shay.

In his words: “your progress speaks for itself, you are an inspiration, keep slaying, enough said.”