Shocking: Man attempts suicide by trying to be electrocuted (Video) 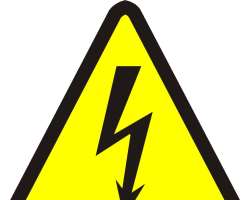 We all have problems, and sometimes it might just seem like it wouldn't end for better days to come.

The idea of people trying to take their lives just to end their current problem is barbaric.

A video recently went viral which had a man climbing an electricity poll and hanging on to the high tension wire just to be electrocuted.

Luckily for him people came to his rescue, as people also climbed the ladder up to where he was and brought him down.

Thank God nobody was hurt, as his suicide attempt was aborted by good Samaritans.

Though it's not known where the incident took place, but we certainly hope he learns to value his life henceforth and know that nothing worth's more than being alive.