See What Flavour's First Mama Is Doing With Herself (photo) 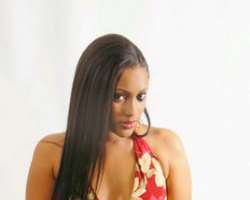 Over the weekend, Flavour and his second babymama, Anna Banner were trending after they stormed the singer's father's birthday thanksgiving.

Tongues were wagging because the two love bird stepped out in a uniform outfit, and appeared very married.

Meanwhile, his first baby mama Sandra Okagbue who was rumoured to have married Flavour late last year was busy having loads of fun after she bonded with her friend, ex-MBGN, Sylvia Nduka.

Former Most Beautiful Girl in Nigeria, Sylvia Nduka shared the photos she took with Sandra Okagbue, lounging by the pool over the weekend.

Who is the real Flavour's wife?