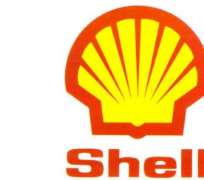 Shell Petroleum Development Company (SPDC) and the Joint Venture (JV) partners remitted $42 billion to the Federal Government between 2011 and 2015, The Nation has learned.

The report said that Shell Companies in Nigeria (SCiN) awarded 93 per cent of its total contracts during the year under review to indigenous firms and spent $0.9 billion on local contracting and procurement, adding that 94 per cent employees of SCiN are Nigerian.

It said out of the $145.1 million paid to Niger Delta Development Commission (NDDC) in 2015, SPDC JV and SNEPCo contributed $62.3 million, and also spent $50.4 million on social investment projects.

According to the report, gas flaring volume from SPDC JV facilities in Nigeria was reduced by 85 per cent between 2002 and 2015. The flaring intensity (the amount of gas flared for every tonne of oil and gas produced) was reduced by around 70 per cent over the same period.

Managing Director of SPDC and Country Chair of SCiN, Osagie Okunbor said: 'Flaring from SPDC facilities decreased in 2015, due to divestments and improved operations at our assets; progress was also made on several gas-gathering projects, which are now at advanced stages of completion. For example, we have installed a gas-gathering plant at the Oloma Station that is ready for final commissioning. However, the planned start-up dates for two other major gas gathering projects have been delayed due to lack of adequate JV funding from our government partner.

'The flaring of natural gas produced with oil wastes valuable resources and contributes to climate change. At Shell, we are working hard to minimise flaring associated with oil and gas production.

'SCiN recorded a total of seven fatalities in 2015, in four separate incidents. In one incident, four people lost their lives while working to remove an illegal tap point from a pipeline in the Niger Delta. The incident is being investigated, in line with our procedures, and we are taking steps to learn from what happened. This loss of life is a deeply troubling turn for SCiN after no fatalities in 2014.

'Crude oil theft is a major issue, with attacks not only on pipelines but increasingly on flowlines and well heads.'

Its Chief Executive Officer, Ben van Beurden noted that it was a significant year for the global community with the adoption of the historic Paris Agreement by 195 countries demonstrating a commitment to bring about a lower-carbon energy system.

'The year also presented Shell with a difficult business environment. A low oil price meant making some tough choices about our long-term investments. As we continue on this path, I am determined that operating our business responsibly - with respect for people, their safety, communities and the environment - remains a priority. Sustainability, for me, is essential to our responsible operation and to being a valued and respected member of society.

'However, seven people lost their lives at our operations in Nigeria. This deeply saddens me and my thoughts are with the families of those involved. Incidents like these are simply unacceptable.

'We made progress in our environmental performance: spills were reduced by around 30 per cent while our total greenhouse gas emissions decreased. We are also making headway to end continuous flaring by 2030, which helps to reduce our methane and carbon dioxide (CO2) emissions,' he added. The Nation