Actress Empress Njamah Gives Talks About Pressure Of Get Married 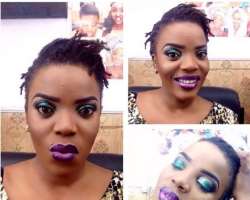 SAN FRANCISCO, April 18, (THEWILL) – In a recent chat with Punch , actress Empress Njamah was quizzed about marriage and how she feels about people constantly asking her why she's still single amongst other things.

The actress also shared her thoughts on the babymama trend in the Entertainment Industry saying, “Most of them, who pretend that they are happy about being 'Baby Mamas' go home and feel sorry for themselves wishing that have a proper man.”

On the pressure to get married, the actress who famously dated Timaya said, “I have friends who feel that they have got to a certain age and they are not taken. These days, there are 30 women to a man. There is no pressure on me for not being married because I come from an enlightened family. Most of the things happening in the industry are not encouraging. This week, you are happy and have a big wedding, the next, you have broken up. What is the essence?”

She also told the paper that she has not abandoned acting: It will be very unfair for me to abandon what actually gave me the name Empress Njamah. The industry does not have an expiry date no matter what age one gets to. One can still play a role. I grew up with legends, I learnt from Olu Jacobs, Joke Silva. My brothers are still in the industry as well. At some point, a lot of things started going on in the industry and one could not just fold hands and let these go on. I did not take a break. At some point, I had to concentrate on my House of Empress, boutique and shoe line. The only thing is that we try to get good scripts and do business along with this.  It is not about being all over the place that makes one a good actor. My foundation also takes a lot of my time.”