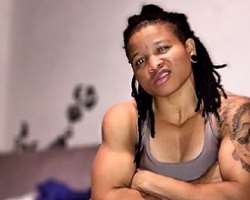 Earlier, Nollywoodgists.com wrote about the amount the Nigerian Super Falcon female teams got each after they were able to pick a ticket to the African Women Cup of Nations which will be kicking off later in the year.

The players were paid the sum of N10,000 each for their victory and they accepted it with no choice but this amount has not been cool with many Nigerians who feel the girls should have earned more as some even said they are better than the Super Eagles (male team).

The likes of former player, Chichi Igbo, has come out to air part of the reason why she quit the team some years back stating that it was because of situations like this that led to it.

In her words, “One of the many sad reasons I told them fuckers to kiss my ass, I know it's not always about the money but that's a fucking insult, are they freaking kidding me? Considering the type of training these girls go through. Lord help that country.”