How Nigeria can ride out of its economic storm 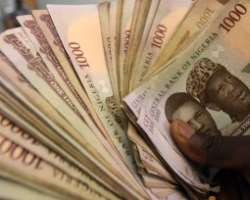 Nigeria, Africa's largest economy, is at a critical juncture in 2016. While the future remains bright for the bellwether of African growth, the next months and years will be characterized by significant turbulence.

After a decade of rapid economic growth that made the country a go-to destination for global capital, investors are increasingly questioning whether Nigeria will live up to its promise as an awakening economic giant.

The exuberance seen in 2015 following a smooth political transition to the administration of President Muhammadu Buhari, the corruption-fighting former general , has now dissipated. A seemingly perfect storm of macroeconomic and localized problems has created a grey cloud over Nigeria.

Despite progress toward economic diversification, oil exports still account for  two-thirds of government income and because of the previous administration's failure to keep a rainy day fund , the country economy has been hit hard with little to soften the blow. Estimates have the government's oil revenues dropping by more than 80 percent , and the country's budget deficit is expected to double to $11 billion in 2016 as the administration is seeking to maintain spending on much-needed infrastructure. To fund the budget and pay government employees, Nigeria plans to borrow around $5 billion from the World Bank, African Development Bank and the Chinese government.The country is struggling with three interrelated challenges: the collapse of oil prices to below $40 a barrel and the resultant budget deficit; a crippling foreign exchange shortage; and an ongoing battle against violent extremism in the north.

Oil dependency combined with a strong U.S. dollar has led to the rapid depreciation of Nigeria's currency, the naira. The currency fell nearly 50 percent over the past 18 months  against the dollar, and the spread between the official and street level exchange rate now runs at about 120 naira. The Nigerian Central Bank has continued to prop up the naira, and Buhari is adamant that he “won't kill the naira” by devaluing it. They have, instead, introduced controversial capital controls that dramatically limit access to foreign exchange , spurring outcries from investors, small businesses and consumers that all rely heavily on imports.

Given these foreign exchange constraints, many international investors are looking elsewhere over concerns that they will not be able to get the dollars they put into Nigeria out. Ivory Coast just surpassed Nigeria in its rank as the top African destination for investment .

With government spending dependent on new loans and business stymied by the lack of dollars, Nigeria is experiencing its lowest rate of GDP growth in 16 years at 2.1 percent . Lines of cars waiting for scarce petrol that stretch for miles are a daily sight. Many of the country's state and local government employees have not been paid in 27 months, including some within its military. This is only making the grueling fight against Boko Haram , a militant group based in the northern part of the country, even more difficult.

With the price of oil almost certainly remaining near current levels and emerging markets slowing down globally, Nigerians will have to settle for short-run pains. This is a harsh reality in a country with a population nearing 180 million people, half of which are between the ages of 15 and 34, and one which is expected to double in size by 2050 . With 5.2 children on average to each Nigerian mother , the country has a lot of mouths to feed and consumer desires to satisfy.

But there is opportunity in this challenging shift. If the Buhari government can use the dire economic situation as an impetus for making hard policy changes—reforms in the oil sector, in the management of the military, and in the bureaucracy—the groundwork can be laid for a robust and sustainable period of future growth. Fortunately, many of the building blocks are in place.

More than 80 percent of Nigeria's GDP growth over the course of its modern boom has been from the non-oil sectors, including services, manufacturing and agriculture. Nigerian companies also are stepping up to fill some of the gaps in the market. The Dangote Group—the local industrial behemoth—made a big bet on tomato paste this year with a critical investment in Nigeria's turbulent northern state of Kano.

History shows that the Nigerian people are exceedingly resilient, optimistic , and entrepreneurial. This is not the first oil price collapse the country has seen, and Nigeria rapidly rebounded after price shocks in 1997 and 2008. The current shock will likely prove no different—the famous Nigerian “hustle” will keep businesses alive and well-positioned for the return to growth. If international investors show the same resiliency and ride out the storm, they will find profit over the medium-term.

Aubrey Hruby is the author of The Next Africa and a Senior Fellow at the Atlantic Center. She tweets @AubreyHruby . This article was contributed originally to Newsweek