I’m Enjoying my Work and Not Cheap Publicity…Kemi Afolabi 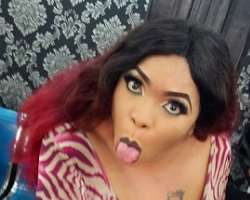 The internal crisis between two Yoruba stars, Kemi Afolabi and She Baby, might no longer be making various front pages as the two celebs have decided to stay low on the issue leaving their fans to distill the truth on their own.

In a recent interview with the Nation, Kemi stressed that she decided to let go whatever issues she had with She Baby because of the nature of her job which does not give room for malice.

She further stated that a lot of people are looking up to her and it will not be nice if she does not give her own side of the story which she already did and now she has decided to move on because she is not interested in cheap publicity.

“It's all good. I'm not in for cheap publicity. I'm here for business, hard work, success and I'm here as a role model to my true fans who really believe in the brand and support me all the way. The reason I had to give my side of the story in the first place was because everyone was concerned. People even started fighting for me before I got to know what was going on because I'm too busy. Trust me, I'm on set every other day. My job has been a rollercoaster. I've been all over the place working,” she noted.