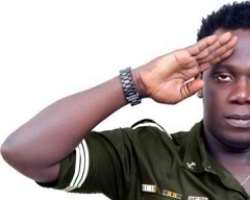 Some weeks ago Port Harcourt base singer, Duncan Mighty, was given a new role as he was made the Niger Delta Youths ambassador.

He knows the role is not an easy task as he has to help see how the youths from the region can also lend their voices in the helm of affairs in the country including entertainment.

To make his movement easy, he has just gotten a branded car to prove that he most deserves the ambassadorial role bestowed on him.