OUR ELECTORAL SYSTEM SHOULD BE OVERHAULED â€“AC YOUTH LEADER 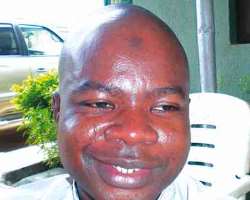 Ahead of general 2011 elections, the South-West Youth Leader of the Action Congress, Mr. Abdullahi Enilolobo, in this interview with MUDIAGA AFE, explains moves by the party to reclaim the zone from the Peoples Democratic Party and the need for electoral reforms.

Four out of the six states in the South-West are controlled by the Peoples Democratic Party. As the Youth Leader of the Action Congress in the zone, is there likely to be a change after the 2011elections?

If there is anything greater than change, I would have used it. We are determined to give back to our people what they desire. The western part of the country had always been led by the progressives and that is the yearning of the people. At the moment, we have a mixed breed of the conservatives and progressives. You would have seen that the conservative Peoples Democratic Party has nothing to offer to the people.They have even demonstrated it at the national level. I want to tell you that the people are already fed up with their style of leadership. It is only in Lagos State that we know what we are shouldering. Before the emergence of Governor Babatunde Fashola, his predecessor, Asiwaju Bola Tinubu, had been championing the cause of a progressive state in the western part of the country. So, my position has now put me in a vantage position to go and replicate what we have been doing in Lagos State to sustain its progressive status. We are extending our frontiers and making tactical moves to reclaim Oyo, Ogun, Ekiti and Osun states. I shall not go into the details of how we shall achieve this because those in the conservative PDP are master riggers. We are going to have a programme very soon that we will use in sensitising and mobilising the youths in the region. We are taking this 2011 elections as a serious student who is determined to successfully write and pass his final examination.

You have constantly made use of the terms progressives and conservatives, but there are PDP governors who believe that they are apostles of late Chief Obafemi Awolowo, who was a core progressive. How do you reconcile this?

From your question I would want to say that they (PDP governors) who lay claim to progressives only 'believe'. Even Lucifer, when given the opportunity to express himself had claimed to be godly. If those governors are conscious of what they are doing, the people should be left to judge them. In Lagos State for instance, we have good examples to prove to western states and the country in general what we have been able to achieve. We have seen what is happening in Lagos , what can be more progressive than this? You can also see what is happening in Edo State , what can be more progressive than that? Mention any state where they are ruling in the South-West that you can have a little semblance of what is happening in these two states. If you go to Ogun State and compare what Chief Segun Osoba did from 1999 to 2003 with the meagre resources and what the incumbent had collected in the last seven years and done, you will see great difference. Most of what the PDP governors in the region lay claim to are what had been done during the era of the progressive governors.

Don't you think you have a huge task at hand in your resolve to reclaim four states that are firmly in control of the PDP in the region?

Before delving into the question, I want to give the assurance that I strongly believe in the judiciary. The case of Osun State involving Chief Rauf Aregbesola of the AC and Governor Olagunsoye Oyinlola is in the governorship election petition tribunal where they have just concluded their addresses is one case and judgment may be delivered any moment from now. From what has happened so far in the cases of election matters in the South-West, I believe the judiciary is the only hope for the people. Look at the way election cases had been handled by the judiciary, it's been most revealing. In Ekiti State too, we are expecting something positive. We are only faced with Ogun and Oyo states. I want to tell you that we were not able to get those states then because we did not understand certain things, now we have studied the situation critically and know more than they knew. So, we believe it will favour us. Our actions and performances will tell them that we are ready to surpass them.

Do you envisage a credible poll in 2011 if conducted on existing electoral Act?

A lot needs to be done to change the system, or else, we will see hell. However, I believe that the Acting President Goodluck Jonathan has made it clear that the system would be overhauled. The yearnings of the electorate should be paramount to him. But whether the system is changed or not, we are battle ready.