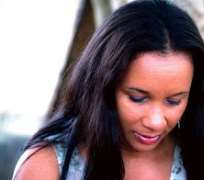 Emerging reports has it that embattled Nollywood actress, Ibinabo Fiberesima, has been granted bail with the sum of 2 Million naira.

According to E24-7 magazine, the actress was not present in court but was represented by by a team of new counsel led by Adeyemi Muiz Banire (SAN), as they argued in her defense.

The magazine reports that the bail sum comes with conditions as she is to present two sureties who must have properties in Lagos.

It will be recalled that sometime in March, 2016, an appellate court had dismissed her appeal and upheld the 5-year jail term previously handed to her for the death of Lagos doctor, Giwa Suraj, which had made her slept in Prison for a while now.