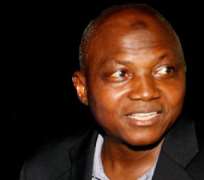 The Federal Government has made available the photographs of the suspected female suicide bomber who was intercepted in northern Cameroon on Friday before she could blow herself.

The Senior Special Assistant to the President on Media and Publicity, Garba Shehu, said this in a statement on Monday.

Shehu, who had earlier announced that the government would be sending a delegation to Cameroon to verify the suspect's claim, said Cameroonian health and security officials on Monday started the treatment of the arrested suicide bomber.

He explained that the health condition of the girl who was found to be heavily drugged and bore several injuries on her body had delayed her movement to the far north regional capital of Cameroon, Maroua, as earlier planned.

Shehu said since the pictures of the girl suggested that she could be a minor, the government had decided not to publish them but make them available for interested persons from Chibok.

He said, 'Pictures of the arrested suspected bomber obtained by the Nigerian officials indicated that the girl was likely to be a minor, between ages nine and 12 years.

'Her accomplice was about 30 years or more, and both spoke only in Kanuri language.

'Considering the well-known guidelines regarding the publication of photographs of minors, we have decided to forward the pictures of the suspected bomber to the Murtala Mohammed Foundation for verification by interested Chibok community stakeholders.

'The Ministry of Women Affairs, the Nigerian High Commission in Cameroon and other agencies of government will continue to work together with other stakeholders to verify all the issues.'

Meanwhile, the Chibok Community in Abuja has said it is awaiting the Federal Government feedback on the suspected suicide bomber, Fatima Dabji, who claimed to be one of the abducted Chibok schoolgirls.

The community said it was expecting the government to send officials to Cameroon to confirm the identity of the suspect and intimate it with its findings.

The Chairman, Chibok Community in Abuja, Tsambido Abana, told one of our correspondents on Monday that he was relying on the statement by Shehu on Saturday that the Nigerian High Commissioner to Cameroon and officials of the Ministry of Women Affairs had been directed to meet with the girl in Cameroon and interrogate her.

He said, 'Since the government said it was going to send some officials to confirm the claim by the suspect that she was from Chibok, we decided to wait for the outcome of their fact-finding mission to Cameroon. So for now, we are expecting the Federal Government to give us a feedback of its findings in Cameroon.' Punch