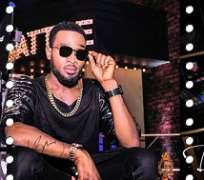 'Emergency' crooner, D'banj, seems not to be happy with his music producer, Divine Austin better known as Deevee, after a disappointing four years working relationship.

Although the motive for both parties parting way was yet to be known but Deevee has disclosed that he does not regret working with the singer for the past four years.

It has been a long time since fans got to hear a hit track from D'banj, and with the sack of his manager, fans will be hoping to see who he gets as a replacement and how blossoms his career will be.

He recently released his new song titled 'Emergency' which was produced by P Loops and has been doing fine and it is hoped that he will have a follow up song to that now he seems to have time for his music.

It will be recalled that the same producer late 2015, had called out rapper Olamide for stealing D'Banj's song.

DeeVee confirming the breakup wrote, “4 years after, end of an era. Moving on, LeeTemple was fun, let's conquer again.”