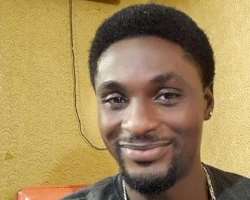 The recent unrest in some parts of Nigeria has gotten many of its citizens worried on what is really happening considering the fact that they are trying to endure the ending hardship currently experienced in the country.

While some citizens in Lagos, Mile 2 to be precise witnessed an ethnic clash recently in Lagos, Nollywood actor, Adeniyi Johnson, was not left out of a similar attack along the Lagos-Ibadan expressway.

The actor was said to be on his way to monthly Holy Ghost conference at the Redeem Camp when his car and some other cars were attacked by some Hausa boys.

In his words, “That's my windscreen mobbed on lagos-ibadan expressway around Ogere by some Hausa guys putting big wood on the road and stoning cars with plastic and cans.”