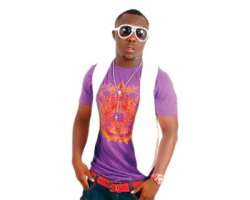 Why they call me YQ.

Initially I was a member of a music group called Q-Krest. Back then, we were just going around trying to raise funds. Somehow it did not work out and the group broke up. So I told myself that I

would not depend on other people or queue behind them or wait for them to make decisions for me any more. That was how I arrived at the name, YQ.

I used to be a member of the group known as Q-Krest. In those days,the music industry was just developing and most people were not all that interested in music. Since sponsorship was hard to come by, we had to raise funds ourselves to promote our songs on radio and television. There were not many radio stations at the time. As a group, we were having difficulty working together. If I were on my own I would have made decisions faster. We just couldn't agree on anything at once and we argued a lot.

It is not true that I left Q-Krest because I was being wooed by a recording company. In fact, by the time we broke up I had not been approached by any record label. What really caused our break up was that we were not good together. My partner was concentrating on his studies, while I had to drop out and face my music squarely. So we had to break up. Also I learnt that he had started recording a song. Then I asked him why he was recording a song without my knowledge, since we were still together. He said that his brother who was living abroad wanted him to do it. That was when I knew he wanted us to break up, but didn't know how to tell me. After that day, I had to start doing my own thing too. When I met the owner of Two Concepts Entertainment, he never had any intention to sign me on till I did Efimile with Da Grin. Before then I had recorded Oshomo with Durella. After my duet with Da Grin started picking up, we decided to make it official. That was how I signed up with the record label. But there is no hard feeling between my former partner and me. We always talk on the phone.

My relationship with Storm Records

Storm Records has been there for me and Naeto C is a close friend of mine. I backed him up in a major show in 2008, as well as in Road to MAMA in 2009. We have performed together in a couple of shows. If I do not bond with a person, I cannot be friends with him. So I bonded with Naeto C. We were close and I could tell him some things and I told him I needed a family, like a clique, I could be with. It is not that I am fully signed to Storm Records. It is like a joint venture between Two Concepts Entertainment and Storm Records. Right now, they handle me and I would say it is more of a records company than a management company.

Why I dropped out of school

What really caused it was a financial problem. I did not grow up under my parents. I left them when I was 18. I had to strive to write my exams and get myself into school. I played football, but there was no support. I had to run away from home because I wanted to chase my dream.They did not believe in my dream. They wanted me to follow what they wanted me to do. So I had to leave home to find a way to survive. I was making plans to continue my education outside the country.

I would say I was born with a silver spoon. My dad was a Customs officer. He retired last year. But for the proper training my parents gave me, I would have been a bad boy and I would not have fulfilled my ambition. My mum is a trader and both of them are indigenes of Kogi State. My mum is very hard working. I would say my mum is the best mum in the world. When I get married I will want my wife to have about 60 to 70 per cent of my mum's qualities. She is a workaholic. We are seven children. I am the second child of my parents and my real name isYakub Jubril.

My early years were difficult ones. I grew up on the street. I have never stolen anything and I have never gotten into police trouble before. In those days, to avoid temptation I would think of my family and what my parents used to tell me. My childhood was rough. I grew up in a place where people fought, broke bottles and indulged in all kinds of mischief. But I used to go back because I knew what I wanted to be and I knew I was not supposed to be there. I grew up in Gowon Estate, Egbeda. I grew up hustling, in the midst of boys trying to make money. I have not been involved in anything fraudulent because I had a dream to pursue. Things got so tough when I broke up with my group that I had to find a job. I worked with a telecommunications company just to get money. I was doing market development. I had to raise money. So when I met Two Concepts I resigned. I just gave myself that courage despite the fact that I was getting some money then.

Initially they did not know where I was, it got a point where I did not see my mum for some years. They did not know why I left. I left because I wanted to follow my dream, and they were not in support of it so I decided to leave. They wanted me to face my education. My dad is the kind of person that wants to meet you in the house whenever he comes back from work; the conservative kind of dad.

At first I went back home, thinking they would encourage me. Already I had started with Q- krest and seeing that they did not encourage me, I had to leave home again for a couple of years. Later I returned because my sister was getting married. I never looked back. I actually started playing football first. Music was my second choice because I had started writing some songs then. I knew I was going to be successful in life. I wanted to prove to prove my detractors wrong and make those who believed in me proud. So I knew I had to make it.

I don't do drugs. People believe you do not have to take cold water or some other thing. But I take anything I want to because I grew up in the hood on the street, where I was used to eating anything I see. My voice is just natural. I am not this kind of singer that goes really deep like some R n B singer, though I do that once in a while, my kind of style is just there, I can take or eat anything.

I had some friends back then. But all we did was drink. Luckily for me I had an accident, which convinced me that those were not the kind of friends I should be with. Now I make friends with people who can add value to my life. For example, my P.A is my childhood friend, DJ Neptune is my childhood friend, and Da Grin is my friend. He is someone I can relate with I do not hang out with people that want to be close with me because I am famous. If you want me to be your friend right now, we need to bond and you need to be natural.

Although I have a girl that I am dating now, I do not want to bring my private life into the media.

I plan to record an album, complete my studies, and go into business. I am already making the connection.