See What Pastor Paul Adefarasin was Caught Doing in Public 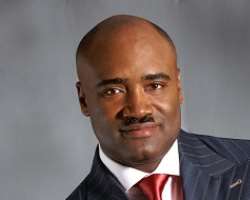 In Nigeria, people tend to wake up early so as to beat the daily traffic that usually takes over the Lagos roads especially and sometimes leaving many to accept their faith as they end up getting to work very late.

Would it be proper to say that there are more cars in the state than the people living in it? Well, as usual, the daily activities had begun with many rushing to work while some got stock in the popular Lagos gridlock and this time, it was on the Island.

The fascinating part of it is that today's gridlock got a different twist to it as it brought the man of God, Pastor Paul Adefarasin, of House on The Rock church, down his convoy to control traffic.

Many were surprised at this humility with showers of praises coming in considering a man of his status coming to take on such community service.