Adekunle Gold in Trouble as Man Promise Never to Like Him 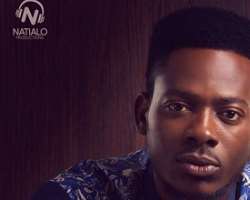 YBNL signee, Adekunle Gold, is gradually coming out of his silent shell as he has just been pushed to talk after someone who does not seem to like him made it known to him.

The fellow made it known to the singer that he does not and will never like him for any reason but never disclosed why he will go that far to hate Adekunle.

Base on the follower perception, he said, “I don't and will never like Adekunle Gold for any reason,” but Kunle is never bothered by such rather he advised the man that instead of troubling himself, he should come and kill him. “Kuku kill me.”