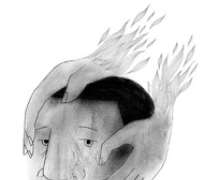 By HENRY LOUIS GATES Jr.
Published: April 22, 2010
Cambridge, Mass.
THANKS to an unlikely confluence of history and genetics — the fact that he is African-American and president — Barack Obama has a unique opportunity to reshape the debate over one of the most contentious issues of America's racial legacy: reparations, the idea that the descendants of American slaves should receive compensation for their ancestors' unpaid labor and bondage.

There are many thorny issues to resolve before we can arrive at a judicious (if symbolic) gesture to match such a sustained, heinous crime. Perhaps the most vexing is how to parcel out blame to those directly involved in the capture and sale of human beings for immense economic gain.

While we are all familiar with the role played by the United States and the European colonial powers like Britain, France, Holland, Portugal and Spain, there is very little discussion of the role Africans themselves played. And that role, it turns out, was a considerable one, especially for the slave-trading kingdoms of western and central Africa. These included the Akan of the kingdom of Asante in what is now Ghana, the Fon of Dahomey (now Benin), the Mbundu of Ndongo in modern Angola and the Kongo of today's Congo, among several others.

For centuries, Europeans in Africa kept close to their military and trading posts on the coast. Exploration of the interior, home to the bulk of Africans sold into bondage at the height of the slave trade, came only during the colonial conquests, which is why Henry Morton Stanley's pursuit of Dr. David Livingstone in 1871 made for such compelling press: he was going where no (white) man had gone before.

How did slaves make it to these coastal forts? The historians John Thornton and Linda Heywood of Boston University estimate that 90 percent of those shipped to the New World were enslaved by Africans and then sold to European traders. The sad truth is that without complex business partnerships between African elites and European traders and commercial agents, the slave trade to the New World would have been impossible, at least on the scale it occurred.

Advocates of reparations for the descendants of those slaves generally ignore this untidy problem of the significant role that Africans played in the trade, choosing to believe the romanticized version that our ancestors were all kidnapped unawares by evil white men, like Kunta Kinte was in “Roots.” The truth, however, is much more complex: slavery was a business, highly organized and lucrative for European buyers and African sellers alike.

The African role in the slave trade was fully understood and openly acknowledged by many African-Americans even before the Civil War. For Frederick Douglass, it was an argument against repatriation schemes for the freed slaves. “The savage chiefs of the western coasts of Africa, who for ages have been accustomed to selling their captives into bondage and pocketing the ready cash for them, will not more readily accept our moral and economical ideas than the slave traders of Maryland and Virginia,” he warned. “We are, therefore, less inclined to go to Africa to work against the slave trade than to stay here to work against it.”

To be sure, the African role in the slave trade was greatly reduced after 1807, when abolitionists, first in Britain and then, a year later, in the United States, succeeded in banning the importation of slaves. Meanwhile, slaves continued to be bought and sold within the United States, and slavery as an institution would not be abolished until 1865. But the culpability of American plantation owners neither erases nor supplants that of the African slavers. In recent years, some African leaders have become more comfortable discussing this complicated past than African-Americans tend to be.

In 1999, for instance, President Mathieu Kerekou of Benin astonished an all-black congregation in Baltimore by falling to his knees and begging African-Americans' forgiveness for the “shameful” and “abominable” role Africans played in the trade. Other African leaders, including Jerry Rawlings of Ghana, followed Mr. Kerekou's bold example.

Our new understanding of the scope of African involvement in the slave trade is not historical guesswork. Thanks to the Trans-Atlantic Slave Trade Database, directed by the historian David Eltis of Emory University, we now know the ports from which more than 450,000 of our African ancestors were shipped out to what is now the United States (the database has records of 12.5 million people shipped to all parts of the New World from 1514 to 1866). About 16 percent of United States slaves came from eastern Nigeria, while 24 percent came from the Congo and Angola.

Through the work of Professors Thornton and Heywood, we also know that the victims of the slave trade were predominantly members of as few as 50 ethnic groups. This data, along with the tracing of blacks' ancestry through DNA tests, is giving us a fuller understanding of the identities of both the victims and the facilitators of the African slave trade.

For many African-Americans, these facts can be difficult to accept. Excuses run the gamut, from “Africans didn't know how harsh slavery in America was” and “Slavery in Africa was, by comparison, humane” or, in a bizarre version of “The devil made me do it,” “Africans were driven to this only by the unprecedented profits offered by greedy European countries.”

But the sad truth is that the conquest and capture of Africans and their sale to Europeans was one of the main sources of foreign exchange for several African kingdoms for a very long time. Slaves were the main export of the kingdom of Kongo; the Asante Empire in Ghana exported slaves and used the profits to import gold. Queen Njinga, the brilliant 17th-century monarch of the Mbundu, waged wars of resistance against the Portuguese but also conquered polities as far as 500 miles inland and sold her captives to the Portuguese. When Njinga converted to Christianity, she sold African traditional religious leaders into slavery, claiming they had violated her new Christian precepts.

Did these Africans know how harsh slavery was in the New World? Actually, many elite Africans visited Europe in that era, and they did so on slave ships following the prevailing winds through the New World. For example, when Antonio Manuel, Kongo's ambassador to the Vatican, went to Europe in 1604, he first stopped in Bahia, Brazil, where he arranged to free a countryman who had been wrongfully enslaved.

African monarchs also sent their children along these same slave routes to be educated in Europe. And there were thousands of former slaves who returned to settle Liberia and Sierra Leone. The Middle Passage, in other words, was sometimes a two-way street. Under these circumstances, it is difficult to claim that Africans were ignorant or innocent.

Given this remarkably messy history, the problem with reparations may not be so much whether they are a good idea or deciding who would get them; the larger question just might be from whom they would be extracted.

So how could President Obama untangle the knot? In David Remnick's new book “The Bridge: The Life and Rise of Barack Obama,” one of the president's former students at the University of Chicago comments on Mr. Obama's mixed feelings about the reparations movement: “He told us what he thought about reparations. He agreed entirely with the theory of reparations. But in practice he didn't think it was really workable.”

About the practicalities, Professor Obama may have been more right than he knew. Fortunately, in President Obama, the child of an African and an American, we finally have a leader who is uniquely positioned to bridge the great reparations divide. He is uniquely placed to publicly attribute responsibility and culpability where they truly belong, to white people and black people, on both sides of the Atlantic, complicit alike in one of the greatest evils in the history of civilization. And reaching that understanding is a vital precursor to any just and lasting agreement on the divisive issue of slavery reparations.

Henry Louis Gates Jr., a professor at Harvard, is the author of the forthcoming “Faces of America” and “Tradition and the Black Atlantic.”