Calista Okoronkwo Weeps as Father is Being Laid to Rest 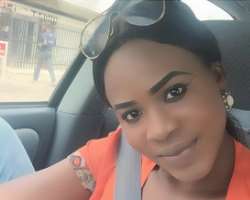 Nollywood actress, Calista Okoronkwo, is currently weeping and mourning her late father while she hopes to create a space in her heart to always remember her father who was called to glory in late 2015.

The actress father, Celestine Okoronkwo, slept in the Lord on December 27th, 2015, few days after celebrating Christmas with his family and that brought sadness to the family in the remaining part of the year.

Calista has been in tears all through as she describes her father as a “hero” who left her so soon.