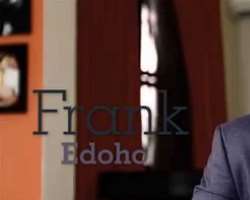 The movie 'made in Nigeria' has been gaining massive publicity despite the fact it's not yet out.

For the first time, Popular television anchor, Frank Edoho made his debut into Nollywood .

Though it's not said if he would continue acting or this is just a cameo appearance, but we anticipate to see his roles in this movie and how well he was able to interpret his scripts.

Aside Frank Edoho, other cast in the movie are, Joseph Jaiyeoba, Toyin Aimakhu, Joseph Benjamin, Adebantu, Uti Nwachukwu and Chyle Ona, to mention a few.