I will be unrecognizable if i loose my beard…Banky W 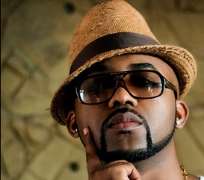 He is the CEO of EME label and has released a new song making waves titled Made for you, which is currently enjoying massive air-plays and downloads.

He went to say, he has maintained his signature look right from when he was 20 years of age and loosing the look he has been known for , would make him unrecognizable by his family and other love ones.

In his words: " I don't think anyone would recognize me... not even my family members. hard some sort of beard since i was like 20."