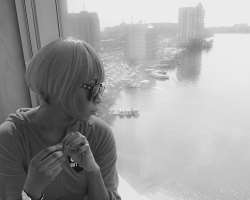 BEVERLY HILLS, February 26, (THEWILL) – We aren't the only ones unhappy with the very public dispute going on between Nigeria's topmost music duo PSquare and their elder brother, Jude 'Engee' Okoye.

After a messy spat on social media many are left wondering if it is finally over for PSquare. Worse still we heard rumors that the brothers have been dropped as ambassadors for telecommunication giant, Glo as a result of their issues.

Now, dancehall Queen, Cynthia Morgan who is signed to Jude's Northside Inc. record label has voiced out what many have been thinking.

She penned an open letter to the brothers on Instagram and where she actually begs them to stay together so as not to ruin her childhood memories. She also says she wants to record a track with them.

Read the letter below: