Could Ice Prince Possibly be Bleaching? 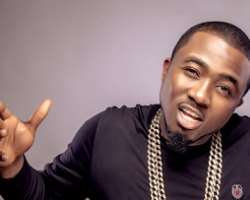 The year 2016 seems not to have started on a good note with some celebrities in the Nigerian entertainment industry with several misunderstanding playing out.

Just two months into the New Year, fans have seen their favourite celebs getting into banter with their fellow colleagues or with fans trying to correct them of what they feel not right.

Attempting to mention names might take a while but the latest in the new twist is Chocolate City signee, Ice Prince Zamani, who is just been tongue lashed by fans after he shared a picture of himself with dark knuckles.

The singer is being alleged of bleaching his skin and rather than giving a reply to the accusations, Ice Prince chose to be silent while it becomes a free for all fight as various insults are being melted by fans on each other over the picture.