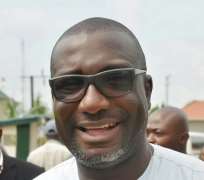 As countdown to the March 19, 2016 State and National Assemblies re-run elections begins across the State, the Rivers State Chairman of the Inter Party Advisory Council (IPAC), Bro. Felix Obuah has appealed to all political parties in the State to carry out campaigns in a manner devoid of bitterness and character assassinations.

In a statement issued by the IPAC Chairman in Port Harcourt after a meeting of all political parties, Friday, February 19, 2016, Bro. Obuah urged all the parties and their candidates to shun the use of abusive and derogatory language while carrying out their electioneering campaigns.

He said it was in the best interest of the people of the State for political parties and their supporters to shun campaigns of calumny, stressing it would be unpatriotic to do anything that will truncate the peaceful conduct of the forthcoming elections.

He advised the gladiators that rather than engage in unsavoury and unethical conduct, parties and their candidates should strive to sell their manifestoes to the electorate and allow them vote candidates of their choice during the elections.

The IPAC Chairman said the Council would not take it kindly with any political party or group of people who in the course of carrying out their campaigns, threaten the peace and unity of the State.

Bro. Obuah maintained it was the constitutional right of every Nigerian of voting age to exercise their franchise and warned all parties to avoid the mischief of preventing anyone from soliciting for votes.

The IPAC Chairman further called on the police and other security agencies as well as the Independent National Electoral Commission (INEC) to take proactive steps to nip in the bud any acts capable of truncating the March 19, exercise.