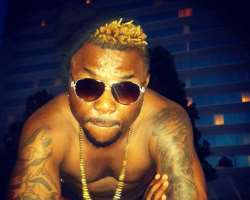 Recently , more light has been shed on the controversy between Oritsefemi and former manager Danku, which allegedly is the main reason the duo went separate ways.

According to the rumor making waves, Danku got fed up with the lifestyle of Oritsefemi, who had attitude like someone under the influence of spiritual attack.

It was said that the singer is sexually obsessed as, he indulges in sexual activities on a daily basis with two or three women at a time.

Meanwhile, sex, drugs, alcohol, are things peculiar to most artiste. The rumor also revealed that the singer sees his sexual acts as a form of relation and claims to get his inspirations from there.

This act allegedly got the ex manger angry, as all efforts to change him were futile, and he attributed the singer's case as a spiritual one.