Why I Dumped Banking For Movies- Yoruba Actor, Olaribigbe Sarumi 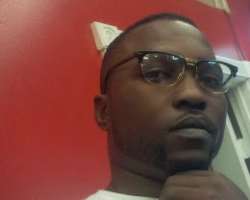 In a brief chat with Nollywoodgists.com, the multi-talented actor who is a proud product of New York Film Academy recalled how he forfeited a promising career as a banker to find his feet in what he has always loved; acting.

According to him, he has no regrets after over 10 year in the entertainment industry; “I started acting about 10 years ago through Odunfa Caucus before I proceeded to the New York Film Academy to acquire more knowledge about the film industry. I did that because I believe it enhances my knowledge about film making and I did that for about a year. But apart from that, I am a Higher National Diploma holder in Banking and Finance.

Right from my childhood, acting has been what I love doing and I have been crazy about it before I finally opted for it. All I did was to have my certificate and I then went into acting to make a living from it. It has been rosy since I joined but at the same time tough especially with piracy, investing on your movies and nothing good coming out from it. It's so crazy anyway.

I never wanted to be a banker but I did that to please my parent who wanted me to go to school. I chose banking and finance as a second choice,” he said.

On his new movie alert, Sarumi said, Adalute is one of his best movies he has ever done as a producer and it would be released by Mercury Pictures in few days' time.

“This movie took me a while to produce, because it's not like the regular Yoruba movies that is being churn out. Adalute has great stars like Yi?nka Quadri, Mercy Aigbe Gentry, Jaiye Kuti, Ayoka Ologede, Leye Adeshile, Ajisa,Lekan Oropo, Seun Omojola, Mercy Ebosede, Rafiu Bolagun, Saheed Spider and myself.'