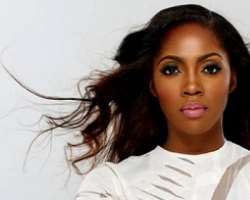 Mavin Dynasty first lady, Tiwa savage is recently on the news again, fans are lashing at her ever since the video of her smoking went viral.

The songstress who isn't a smoker naturally, but just wanted to experiment, got some fans really unhappy with her.

Some fans told her not to engage in such anymore because she is a mother and a role model, someone having youths looking up to her shouldn't engage in negative things.

After the outburst online, Tiwa Savage is yet to say anything pertaining what her fans are saying, anyway , let's see how far the drama goes.