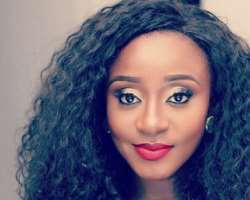 Nollywood actress, Ini Edo, is really planning big for the year and she is not relenting in making that mark for herself especially with the good political appointment that came her way in the year.

The actress looking lovely as she continues her weight lose has just made a brief announcement that she is currently on a new project but would not disclose what it is all about as she wants her fans to be on the lookout.

Recall that the actress aside acting, also has a Lounge she also manages on the Island and couple with her new appointment as the Special Adviser on Culture and Tourism to the Akwa Ibom state government, she hopes to break all boundaries.

But nonetheless, the actress looks stunning in her latest pictures she released.