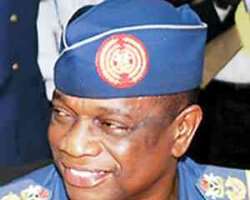 The Acting President, Dr. Goodluck Jonathan, has urged the officers and men of the Nigerian Army to keep subordinating themselves to civil authority in consonance with the provisions of the 1999 constitution.

Jonathan said that the Army had demonstrated in clear terms their respect for democracy and constitutionalism in the country.

Jonathan spoke while commissioning the Shehu Musa Yar'Adua Barracks, in Abuja, on Thursday.

He said, 'Let me seize this opportunity to register my satisfaction with the manner with which you have discharged your constitutional responsibilities so far. I am equally pleased with you on your subordination to civil authority and you have in a number of ways demonstrated a very high respect for the rule of law.

'While I commend you in this regard, it is nevertheless most expedient to urge you to continue in this resolve which commands the loyalty which our country duly expects of you.'

The Acting President said that the construction of the barracks, the first to be designed and constructed solely by engineers of the Nigerian Army, was a practical manifestation of government's commitment to the welfare of the men and officers of the Army in the face of scarcity of comfortable accommodation in the Federal Capital Territory.

Jonathan also said that the gesture of the Army in the construction of the barracks named after the late Shehu Musa Yar'Adua, showed the readiness of the Army to venture into a partnership with the government for development of infrastructure in the society.

He advised the men of the Army to take advantage of the existence of the Defence Industry Corporation of Nigeria to build capacity and to extend their services beyond the barracks.

'I am particularly impressed that for the first time in the history of our existence as a nation that our army has been able to bear its professional expertise to bear in terms of designing and actual construction of an entire army barracks for the use of its personnel.

'That you can single-handedly handle a project of this magnitude at a drastically reduced cost goes to show that the army and indeed the defence sector has the capability to handle any engineering project successfully and can compete favourably in the industry.

'To this end, I urge to effectively utilise the defence industry corporation of Nigeria to further enhance your capacity. I am sure fellow Nigerians would look up to the extension of these services beyond the barrack environment.

Earlier, the Chief of Army Staff, Lt. Gen. Abdurrahman Danbazau, had told the Acting President that the project executed at 80 percent cost reduction would provide accommodation for 210b families in two batches.

He said that the Army remained a highly professional indivisible entity with 'unalloyed loyalty and commitment to our constitutional responsibilities.'

Present at the event were the President of Senate, Dr. David Mark; the Minister of Defence, Mr. Adetokunbo Kayode; his minister of State, Muktah Yar'Adua; the Chief of Defence Staff, Air Chief Marshal Paul Dike; and the mother of President Umaru Yar'Adua, Hajia Binta Yar'Adua, among other high ranking military officers and other dignitaries.