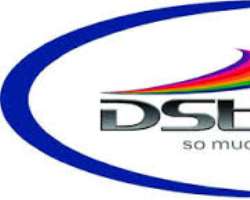 Lagos, Nigeria; 1 February 2016: It’s all about love, intrigue, suspense and drama this February as DStv premieres two new exciting series, Under the Same Sky and A Passion for Revenge, on Telemundo (channel 118) starting on Monday, 8 February and Monday, 22 February.

Under the Same Sky tells the story of Carlos, an illegal immigrant widower working as a gardener to give the best he can to his youngest son, while bearing the pain of losing his eldest son to a gang. His life, full of sacrifices and hardships, takes a turn when he meets Adela, a beautiful and troubled gang member.

Their connection is instantaneous, but their love is threatened by street violence, injustice and fierce opposition from Felicia, his eternal admirer. Follow the drama when the series starts on Monday, 8 February at 4:10pm and Catch Up episodes on Sundays at 11:10am.

Meanwhile, A Passion for Revenge is about the humble and hardworking Gallardo brothers' quest for vengeance against the wealthy and powerful del Junco family.

When the body of young, beautiful, and pregnant Alma Gallardo is found in the Houston River, her brothers Arturo, Samuel, and Flavio believe the family of her lover Ignacio del Junco is to blame. Taking the last name "Rey" to disguise their identity the brothers begin work as labourers at the sprawling del Junco horse ranch to get closer to their enemy.

With Ignacio already dead and learning how their beloved sister was mistreated by Ignacio's family, the brothers set out for revenge against Ignacio's widow, Cayetana, and his daughters Sofia, Irina, and Andrea. Their desire for vengeance and justice becomes more complicated when the Gallardo brothers and the del Junco sisters begin to develop genuine feelings for each other.

The plot thickens when Sofia’s scheming, opportunist husband and arms smugglers vows to stop at nothing to have the del Junco ranch. A Passion for Revenge will premiere on Monday, 22 February at 5pm and Catch Up episodes on Saturdays at 3:20pm.