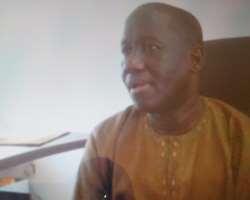 The Adamawa Emirate Council has announced the dismissal of the District Head of Yola, Alhaji Sa'ad Bawuro.

The dismissal was contain in a statement signed by the Secretary of the Emirate Council, Alhaji Umaru Hammanjoda.

The statement which did not give reason for the dismissal said that Bawuro was also striped of his tittle of "Durbin Adamawa".

The dismissed district head had been on suspension for some weeks by the emirate council over alleged land deals.