My Brothers Failed to see The Talent in 9ice, others…Paul Okoye Regrets 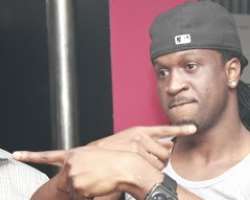 Paul Okoye of the P-Square fame, in promoting his new artiste which he signed unto his record label, Rudeboy Records, is all out to unveil what many fans never knew was fishing underneath.

The singer in a recent interview with Naij, disclosed that the reason he accepted to sign his new artiste, Munosings, into his label, is because they singer has a good voice and with such a talent, he will not want to lose such an opportunity of unveiling such a great talent.

“When they brought Muno to me, I heard his voice, I accepted him immediately because I no wan hear say he don blow tomorrow and I don miss again (general laughter),” he said.

He went further to disclose that in the past, they had failed to sign the likes of Phyno, 9ice, Kiss Daniel and others all because there was no concrete agreement with his brothers on how to see the talent in them.

“When Jude brought Cynthia Morgan I was in support of it, but my brother (Peter) wasn't comfortable with it but Jude doesn't want that kind of stories anymore so he went on his own. We don't want to experience the kind of experience we had before because the problems we will start resolving might even start affecting us. Now, some of us are now like, 'if to say we know we for allow this girl join us o in Square records'.

“It's not only Cynthia Morgan, there is somebody I regretted, Phyno. That's exactly what I was trying to explain to you earlier. I had the opportunity, he was in my front but because I wanted him on Square records and I couldn't get it. He's still my guy sha.”

“Dem plenty. I first had 9ice, I tried to convince my brothers. Everyone like him o, but then we were working on our Do Me album. The first artiste I would have signed to Rudeboy records was when I heard Woju on radio. I call him Woju (Kiss Daniel). I called everyone but we couldn't get him. Music is spiritual, once you have that feeling, just move,” he added.