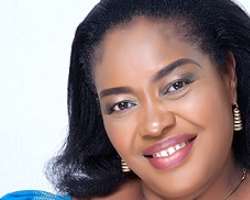 This is definitely not the best of times for Veteran Nollywood Actress Franca Brown who suffered a huge loss recently as her house was razzed to the ground on January 18, 2016.

The ugly incident ?took place after her house girl allegedly poured petrol on the house and set it on fire, but later confessed to witchcraft.

The house girl also reportedly added that she did it to save her life as they told her to either burn the house or they (her coven people) will kill her.

Franca Brown is known for her famous role as 'Mama Efe' in popular soap Behind the clouds which ran on NTA in the 80's.