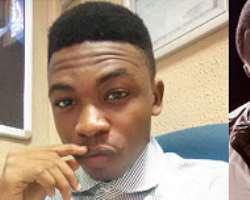 Some days ago, Yoruba actress, Toyin Adewale's son, Mayowa, did a piano rendition of Davido's latest single “The Money,” and this caught the fancy of the singer (Davido).

He acknowledged seeing the brief video made by Mayowa but surprised the young chap when he told him that he has a surprised gift for him.

The compliment threw Mayowa into raptures and his mom, had to publicly testify that Davido actually kept to his promise as she has seen the gift he gave his son. Although, this time the gift was not mentioned publicly by both parties but it seems it was worth it.