ECOWAS: Ekweremadu Bows Out In Splendour 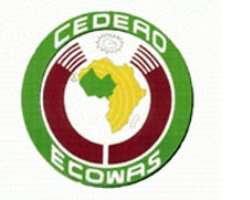 Sen. Dr. Ike Ekweremadu bows out as the Speaker of the Economic Community of West African States (ECOWAS) with plaudits. Foreign ambassadors, members of diplomatic corps, non-governmental organizations, and dignitaries from all walks of life and parliamentarians from various nationalities could not withhold their applause as Ekweremadu stepped down as the Third Speaker of ECOWAS Parliament. According to Ekweremadu, “when I step down from this podium, I shall henceforth be addressed as a former Speaker of the ECOWAS Parliament”.

The Economic Community of West African States [ECOWAS] owes its origin to the radical pan-African nationalism of President William Tubman of Liberia who in 1964 first suggested the need for a West African community. However, it was General Yakubu Gowon of Nigeria and General Gnassingbe Eyadema of Togo that campaigned vigorously for the sub-regional body until a Treaty was established on May 28, 1975 by 15 West African countries. The Protocol for ECOWAS was signed and launched in Lome, Togo, on November 5, 1976.

The ECOWAS Parliament on the other hand was established by Articles 6 & 13 of the 1993 ECOWAS Revised Treaty and its enabling Protocol A/P.2/8/94 was signed in Abuja on August 6,1994. The Protocol among others states that “the powers of the Parliament shall be progressively enhanced from an advisory to a decision-making and subsequently to a law-making role in areas to be defined by the Authority”. Furthermore, it adds that pending the election of the Parliamentarians by a direct universal suffrage, the Parliamentarians may be consulted for its opinion on matters concerning the community.

It will be recalled that in his inaugural speech, Dr. Ekweremadu remarked that his leadership of the sub-regional parliament will be anchored on mutual trust, consultation, transparency, probity and accountability. He also expressed his commitment to take the Community Parliament to the next level. As a visionary with a transformative passion, he set out in concert with his team, some objectives that would be accomplished within his four year tenure, namely:

To the sub-regional parliamentarians, this was a quantum leap that indicated a paradigm shift from the past. With a grim determination to bring the Community Parliament into public consciousness and awareness, Ekweremadu took the parliament to town through de-localized meetings and visits to vital places in the sub-region. For the first time, the Parliament sat in Accra, Praia, Senegal, etc. To further enhance the visibility of the parliament, he nurtured conference of speakers/presiding officers of West African Parliaments and developed strategic inter-parliamentary relations with other regional bodies such as the European Union (EU), East African Legislative Assembly (EALA), Pan-African Parliament, etc. His leadership took active interest not only in the resolution of crises in various countries within the sub-region but played remarkable roles in consolidation of democratic values in countries such as Mali, Cote d’Ivoire, Guinea Bissau etc.

During the tenure, members of the community parliament were exposed to various training programmes in Oxford University, Harvard University, International Law Instite(ILI) among others.

In all these, Ekweremadu worked most harmoniously with the parliamentarians. Perhaps, the project that Ekweremadu pursued with extra-ordinary passion, diligence, consummate skill and diplomacy was the enhancement of the powers of the Community Parliament. It is the vision of Ekweremadu and indeed all members of the parliament that ECOWAS should be responsive to the global trends and that a democratized ECOWAS will excite the interests of the wider society for robust contributions; and that the ECOWAS Parliament should serve as the link between the Authority of Heads of State and Government, the Commission etc on one hand and the people of West African states on the other. It is the aspiration of the former Speaker that issues of common or conflicting interests to the ECOWAS sub-region should enjoy robust debates in the Parliament. The intention is that stake holders, quasi and non-governmental organizations can take advantage of such debates to make inputs either through the media or some other forms of advocacy programmes.

In his valedictory speech, Ekweremadu reflected with nostalgia, how he navigated through the seemingly insurmountable obstacles for the adoption of the Draft Supplementary Act for the Enhancement of Powers of the ECOWAS Parliament. He recounted the sad denouement where the Act could not be signed by the relevant Authority. According to him, “the ECOWAS Parliament, regrettably, remains the only regional parliament anywhere in the world without legislative powers. This should be a big embarrassment and reproach to us as a sub-region.” He however enthused that; “it is gratifying that we brought this age-long quest from nowhere to a pedestal where this institution is just signatures away from evolving into a true Parliament”.

Several parliamentarians that granted interview, expressed their sentiments on the sterling leadership qualities of Ekweremadu. In him, they found a leader with exceptional intellectual prowess, extra-ordinary vision, strong ethical persuasion, formidable moral stamina, impeccable character; and a man truly devoid of the cultural pathologies for which several public office holders in Africa, including Nigeria are known.

They narrated how, with an uncommon disarming humility, charisma, resilience and diplomacy, Ekweremadu transformed the ECOWAS Parliament from a prosaic winter of despair to an exciting summer of hope, glamour and splendour. For him, the immortal Booker T Washington was absolutely correct when he remarked that “accomplishment is measured by the obstacles we overcome to reach our goals”. In bringing the ECOWAS Parliament this far, Dr. Ekweremadu has overcome numerous obstacles.

That Ekweremadu is a political marvel is not in doubt. That he has carved a niche for himself, both within and outside Nigeria, is stating the obvious. That a man of vision with profound cerebral disposition in the person of Ekweremadu has bestridden the hallowed chambers of the community parliament is recorded on the pristine walls of history. The history of ECOWAS Parliament cannot be written without devoting a chapter to Sen. Ekweremadu- a chapter of legislative vibrancy and accomplishments. Ekweremadu has once again blazed the trail by recording stellar performance in the leadership of ECOWAS Parliament. As he bows out in splendour to mark the end of his tenure, he has undoubtedly enriched his colourful garlands- surely, an end that heralds a new beginning.