What Pato is bringing to Chelsea's table 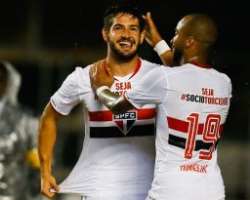 Alexandre Pato emerged as one of the brightest prospects in the world in 2006, taking Brazilian football by storm in his first showings as a professional player. He was shortly transferred to AC Milan in the middle of 2007, before he even turned 18. During his five and a half years in Italy, he once again impressed, but was famously inflicted with a long list of fitness issues and off-pitch incidents. His return to Brazil in January 2013 was seen as a way to refresh and restarts his footballing career.

Pato’s transfer to Corinthians for €15 million – still a lot of money by Brazilian football standards, especially with the ongoing economic crisis in the country – was quite divisive, to say the least. The team had just won the Club World Cup the month prior over Chelsea in Japan, and some saw the move as a show of intent that they wanted to build up on their accolades; others raised doubts over whether the injury-riddled Pato fit a squad that wasn’t very technical, but tactically apt and hard working.

In 2013, Pato scored 17 goals for Corinthians in 57 games, playing mostly as a centre-forward alongside either former Bayern Munich youngster José Paolo Guerrero or Romarinho, who now plays in Qatar. Guerrero is a prototypical #9, especially in Brazilian terms, while Romarinho is a second striker — Pato was deployed in both functions although he had more success in the supporting role. His goal tally wasn’t bad, although a bit inconsistent, as he rotated quite often in a Corinthians side that was struggling to defend their status as Brazil’s best team.

His infamous missed penalty against former Milan teammate Dida was definitely what ended his relationship not only with the fans but also with his dressing room colleagues. Coming under heavy criticism, many wondered how Pato could keep on playing for the team after that play. The next year marked another fresh start for Pato, this time at Corinthians’ crosstown rivals São Paulo. Exchanged for midfielder Jadson due to new manager Mano Menezes’ tactical preferences, Pato agreed to a loan deal for two years, with his new team paying half of his massive R$ 800,000 per-month wages. Used more often as a second striker alongside either Alan Kardec or former Brazil international Luís Fabiano, Pato enjoyed having a bit more stability over his role in the team, although he didn’t exactly improve on his goalscoring form, netting just 12 times in 39 games in 2014. His second season was much better. With 26 goals in 59 matches (53 starts), Pato was one of the most important players on São Paulo and was the club’s leading scorer by a good margin.

Throughout that season, Pato had four different managers in Muricy Ramalho, Milton Cruz, Juan Carlos Osorio and Doriva, each with their own peculiarities over style of play and tactical schemes. Under the first two managers, Pato was used at first as a second striker and then as a lone striker, where he wasn’t as effective. With Milton Cruz giving way to Juan Carlos Osorio, Pato opened up and declared that he didn’t feel suited to play as a #9 , preferring to play as a second striker or on the wings instead. Osorio listened and used him on the left wing, where he scored 11 times in the 27 games he played under the Colombian’s command.

While Pato more than doubled his goal numbers from the previous year, he also featured far more often on pitch (2,668 minutes played in 2014 vs. 4,376 in 2015). On a more positive note, this does hopefully show that his previous injury issues are largely behind him. He featured in almost every São Paulo last season and more often than not, completed the full 90 minutes. He was also a bit inconsistent, having stretches when he scored in almost every game but then going goalless for several weeks. It also showed in his performances, with Pato often anonymous in São Paulo’s regional derbies and other important games throughout the year.

Against Brazilian defences, Pato generally had a good time beating players 1-v-1 thanks to his quick feet and pace, but his tendency to over-extend his time on the ball meant that was also often dispossessed. On the left wing, he usually looked for opportunities to cut inside, and was generally competent in putting himself on good positions to score or create a goal. He did manage 5 assists in the Brazilian League last season, second only to attacking midfielder Ganso in the team, despite showcasing only a limited passing range.

As for his finishing, Pato showed that he’s still quite good in this regard by slotting many balls past opposing goalkeepers with placed shots. He averaged 2 shots every 90 minutes in the Brazilian League, with 57% of them being on target – a high number especially for a winger.

There are red flags attached to his game, though, and they perhaps speak largely as to why Chelsea were only willing to take a flier on a short-term loan. As a winger, Pato didn’t show much work rate and was highly criticized by the some people in the press due to a faltering willingness to help São Paulo on marking duties. Last year, he enjoyed generally loose defensive duties and a freedom to roam under Juan Carlos Osorio, but the team suffered with the lack of support he gave to his left-back, who already wasn’t known as a great defender.

While Pato has enjoyed a strong run of fitness as well, it’s unclear whether this potential for injury has truly been curbed or if he’s just getting luckier. Upon his return to the country, the Brazilian physiotherapists assessed his situation and said that the reason he had so many injuries as he did at Milan was because the training regime put a lot of stress on his muscles. Their solution was to decrease training rather than to bulk up or strengthen. He still lost a bit of pace from his Milan years, though, and still lacks strength to challenge strong defenders. As a result, he’s pretty much a non-factor in hold-up play, as well as in aerial duels.

Other potential issues could include his off the pitch endeavours, especially his personal relationships that have covered gossip magazines throughout his career, as well as his general attitude towards the job. On both parts he’s shown progression in recent times, and he seems genuinely excited to be at Chelsea, but the fears still loom. Nevertheless, Pato’s spell at Chelsea is likely to be his last chance to prove his worth in top-flight competition. It’s fair to say that he’s coming with added motivation to the team, and he’s certainly set to face an uphill battle for playing time in his preferred position, especially with Eden Hazard once again fit.

It also helps that this deal comes with low financial risk, but a potential high reward if Pato ever manages to find himself back on track to fulfil his once highly promising career. Odds are that he won’t ever be as good as he was in his Milan years, nor will he do enough to justify an outright purchase from Chelsea… but he’s not a finished player yet.

Prove us wrong, Pato.
SB NATION(We ain’t got no history)